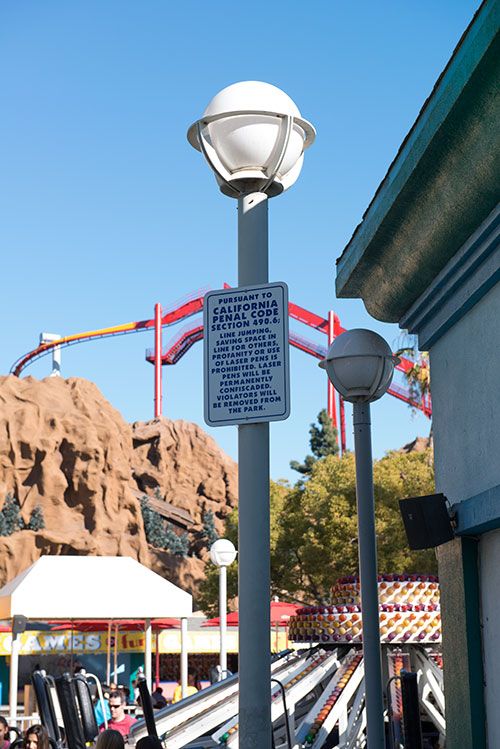 PURSUANT TO CALIFORNIA PENAL CODE SECTION 490.6; LINE JUMPING, SAVING SPACE IN LINE FOR OTHERS, PROFANITY OR USE OF LASER PENS IS PROHIBITED. LASER PENS WILL BE PERMANENTLY CONFISCADED [sic]. VIOLATORS WILL BE REMOVED FROM THE PARK.

During a recent trip to Knott’s Berry Farm, I saw the above sign citing California Penal Code Section 490.6. I was intrigued and had to look up the statute. Was the law specific to amusement parks? Did it regulate line jumping or laser pens? I had to find out.

this is a joke, anyone detaining a person who is not local or state law enforcement agency would be a violation of a persons civil rights, and even then that agency would need justifiable cause, amusement park officials are not police officers, this is just once again how California continues to be communist-fornia. Legislators need to come off that mountain I don’t pay taxes for my elected officials to continue making laws that violate Constitutional rights of American citizens