1 Dallas includes a case entitled Respublica versus Malin, which was heard by a Court of Oyer and Terminer. The case is not one you would have encountered in law school.

In studying the American Revolution, we don’t hear much about traitors, except for the infamous Benedict Arnold. However, Respublica v. Malin provides some insight into the times where the Defendant mistook a corps of American troops for British and went over to them. At issue was whether the Defendant’s words constituted high treason. Interesting not from a legal perspective, but a historical one.

I obtained a copy of Reports of Cases Ruled and Adjudged in the Courts of Pennsylvania Before and Since the Revolution by A. J. Dallas, Esquire. Cited as 1 Dall., the volume provides cases from the Supreme Court of Pennsylvania and other courts. For a 220+ year old book, the text is pretty clean for the most part, and I’ve been adding images to older cases, such as Price v. Watkins, and cleaning some of the original transcription.

The difficulty is when I come across a word that I do not recognize. It could be because the word is no longer in use. Or, it could be because of the long s problem, which should be familiar to anyone who has seen a copy of the Bill of Rights: “Congrefs shall make no law respecting an establishment of religion or prohibiting the free exercise thereof; or abridging the freedom of the prefs, or the right of the people peaceably to afsemble, and to petition the Government for a redrefs of grievances.”

Not too difficult to figure out that Congrefs is Congress, prefs is press, afsemble is assemble, etc. Now, in the sixth line of Price v. Watkins, I came across a word that appeared to be Mefiuage. Interestingly, I searched for mefiuage in Google and saw a result from Dictionary.com, which just reported “no dictionary results.” The other results were scans from old texts. I got the same results searching for Mefluage.

However, in looking at some other texts, the term clearly appears as Meffuage, which is really (because of the long s) Messuage. That does make sense since Messuage is an archaic term for a dwelling house. 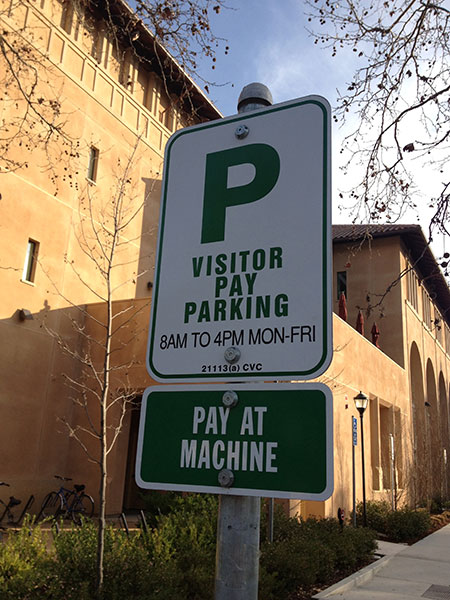 California Vehicle Code § 21113(a) states that “[n]o person shall drive any vehicle or animal, nor shall any person stop, park, or leave standing any vehicle or animal, whether attended or unattended, upon the driveways, paths, parking facilities, or the grounds of…any educational institution exempted, in whole or in part, from taxation,…except with the permission of, and upon and subject to any condition or regulation which may be imposed by the…educational institution….”

So, if you ride your donkey to school and leave him tied to the parking meter during class, I think you have to leave a payment at the machine.

This November, California voters will face a literal life-or-death decision. Proposition 34, titled “Death Penalty. Initiative Statute,” proposes to repeal the death penalty and replace it with life imprisonment without the possibility of parole.

At first glance, the initiative may appear as a referendum on whether our society should have the right to kill those who commit particularly heinous crimes. Some believe that certain criminals deserve the death penalty. And, few will disagree. A Gallup poll shows that around 60% of Americans support the death penalty for a murder conviction with the predominant justification being “an eye for an eye.”

However, the issue is more nuanced. While the death penalty does satiate our primal desire for retribution, we must decide whether we are willing to accept a degree of collateral damage in this pursuit of justice. Consider the dissent from In re Troy Anthony Davis, 557 U.S. ___ (2009), in which Justice Scalia stated:

This Court has never held that the Constitution forbids the execution of a convicted defendant who has had a full and fair trial but is later able to convince a habeas court that he is “actually” innocent. Quite to the contrary, we have repeatedly left that question unresolved, while expressing considerable doubt that any claim based on alleged “actual innocence” is constitutionally cognizable.

In just over a month, when we mail in our absentee ballots or vote at our local polling places, we can embrace or reject Justice Scalia’s vision. If a defendant is convicted and sentenced to death after a fair trial, should we still error on the side of caution and surrender capital punishment as a safeguard? We will have the opportunity to decide whether the benefit of punishing the guilty by way of the death penalty outweighs the cost of killing an innocent. For some, the potential chance of killing an innocent person may be a line that cannot be crossed. They may demand that the criminal justice system be perfect.

However, we can also view the death penalty within the context of our every day lives. For the past three decades, traffic accidents have claimed 30,000-40,000 victims each year in the United States. Certainly, a lot more innocent people die in traffic accidents than from wrongful executions, but we don’t halt traffic until we have an accident-free system in place. According to the Center for Justice & Democracy, the number of deaths from medical accidents each year range from 65,000 to 200,000. Again, we do not suspend the entire health care system until the practice of medicine is free of accidental deaths.

A lot of people die in accidents. It is for each of us to determine how we want justice administered in our system. Are the wrongfully convicted just collateral damage? Are mistakes just a fact of life? Are wrongful executions so far and few between that in the grand scheme of life, there are bigger priorities to tackle?

California Fish and Game Code § 2021 set forth the California shark fin ban law. Under the law, “it shall be unlawful for any person to possess, sell, offer for sale, trade or distribute a shark fin.” 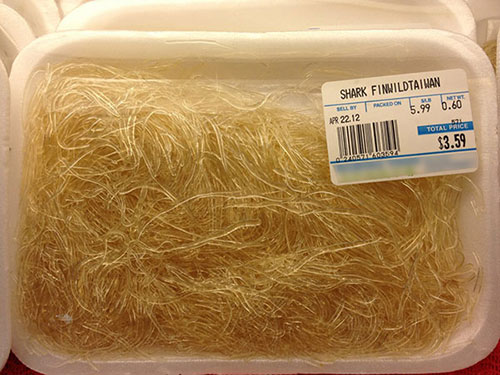 2021(e) exempts restaurants from the ban so that they can clear out their shark fin stock. However, this only applies to inventory in hand as of January 1, 2012, and the restaurant has only one year from that date to use down their shark fins.

So, I was a bit surprised to see shark fin on sale last month at a local supermarket.

Today, the FBI filed a criminal complaint with the U.S. District Court for the District of Columbia. The FBI was seeking a warrant to arrest Oscar Ramiro Ortega-Hernandez for violating 18 U.S.C. Section 1751(c). That section pertains to attempts to kill the President of the United States.

On the rumored eve of the iPhone 5 release, I spotted this case–Jethro Magat v. Apple Inc.–in Justia Dockets & Filings.

The original complaint was filed on June 23, 2011 with the clerk of the U.S. District Court in the Central District of California. According to the complaint, the plaintiff purchased an iPhone 4 on January 19, 2011. The iPhone allegedly had a “connection problem caused by the iPhone 4’s antenna configuration that makes it difficult or impossible to maintain a connection.” “Plaintiff is informed and believes and thereon alleges that this is a known defect in the iPhone 4 which was never disclosed to its purchasers.” “Had the true facts been disclosed, Plaintiff and other Class members would not have purchased the iPhone 4 at the price and under the terms and conditions to which they were and are subjected….”

So, six months after the press conference on the iPhone 4’s connection problems, the Plaintiff purchased the same phone. So, what do you think about his claim that this was never disclosed to him and that he would not have purchased the phone?

USA Today reports that a group of investors are challenging a Springdale, Utah ordinance that bans “formula restaurants” to preserve the charm of the local community. Justia has the Complaint from Izzy Poco v. Town of Springdale et al..

FORMULA RESTAURANT OR DELICATESSEN: A business which is required by contractual or other arrangement to provide any of the following: substantially identical named menu items, packaging, food preparation methods, employee uniforms, interior decor, signage, exterior design, or name as any other restaurant or delicatessen in any other location.

Subject to the provisions of section 10-21-1 of this title, the following uses are recognized to be incompatible with the general plan, because of the limited amount of private land available within the town’s boundaries; the large size or scale required of such uses; excessive noise, odor or light emissions; their excessive use of limited resources and the undue burden they place on public utilities and services, or because they are of a character hereby found to be in conflict with the town’s general plan:

I don’t understand the ordinance. In fact, it reminds me of San Francisco’s strange obsession with chain stores. At the end of the day, unless a business is operating on federal, state or local lands, I don’t understand why one restaurant is permitted, but another is not. After all, we’re talking about sandwiches and not adult motion picture theaters.