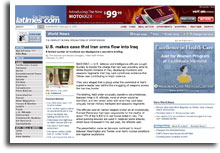 The Los Angeles Times reported that “U.S. defense and intelligence officials sought Sunday to bolster the charge that Iran was providing arms to Shiite Muslim militants in Iraq….”

What must be absolutely infuriating to the White House is that even though they treat Iranian President Mahmoud Ahmadinejad as a persona non grata, we end up backing the same faction. What do you tell the guy, even if you’re not on speaking terms? Stop backing our Shiites?

The truth is that there is no easy way to get out of this one. If we tell the Iranians to stop arming the Shiites (which, by the way, we are doing), we look like hypocrites. And, at this stage, we clearly can’t switch our support to the “other” side and back the Sunnis, which we had spent countless millions to depose. So, out of pride, we’ll continue to back the Shiites until the mission is accomplished (again) and we can finally hand over Iraq to the Iranians. The End.

Ordinarily, I would classify legal research advertising under the “things that aren’t funny” category. But, the Westlaw marketing folks put together an entertaining video on stress toy abuse. My favorite line was when they criticize “the clumsiness of free legal research sites” with “primitive search tools.” I would love to hear a response from Scott Kinney, the Vice President and General Manager of FindLaw, which claims to be the highest-trafficked legal Web site. When your parent company comes out with an ad slamming your product, look out below. 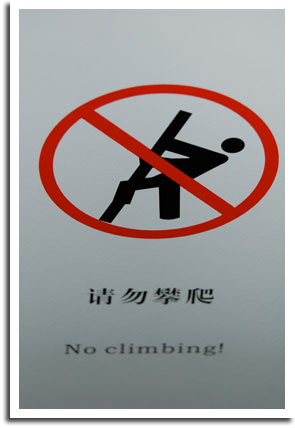 In a previous post, I asked you to guess the act that this sign had forbade. The answer is “No Climbing.” How anyone that doesn’t read Chinese or English would interpret this to mean “no climbing” is quite a mystery, but all prohibited acts must be illustrated. Can’t afford to have a bunch of hooligans hanging around pleading ignorance of the law. 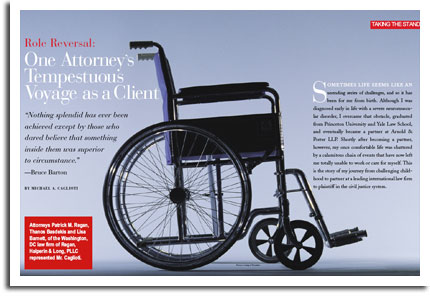 Role Reversal: One Attorney’s Tempestuous Voyage as a Client [PDF] offers a fascinating glimpse into the legal profession. This mesmerizing story about Michael Caglioti’s journey from Arnold & Porter partner to a personal injury client holds many lessons for all of us.

Human Spirit. Whatever you want to call it, Mr. Caglioti’s initial ability to overcome his physical handicaps is a truly heartwarming story. Some people are victims of their own circumstances and others are able to triumph despite them. Not sure why this is, but we can all draw inspiration from Mr. Caglioti.

There is More to Law Than Big Law. In law school, people talked incessantly about getting jobs at Big Law. I really don’t recall anyone saying that they want to be a personal injury lawyer. But, sure enough, there are personal injury lawyers out there. And, some of them are damn good lawyers. The lawyers at Regan Zambri & Long are the “good guys (and gals)” in this story.

Long-Term Disability Insurance. This is one tale that should keep all lawyers without LTD insurance up at night. Knowing how hard Mr. Caglioti must have worked to reach the pinnacle of the legal profession, it was just too painful to read how quickly all his efforts and achievements vanished. We’re just one fluke accident away from being in his situation.

Attorney-Client Relations. We all know that clients gripe about attorneys not returning their phone calls. But, when an Arnold & Porter partner retains you and you don’t return his phone call? No professional courtesy?

Hiring an Attorney. While referrals are great, clients still should consider interviewing several attorneys before deciding on one to hire. And, if the attorney-client relationship isn’t quite working out right, don’t be afraid to make a change.

In Guantanamo Bay: Five Years Later, Secretary Stimson names the major law firms in this country representing the alleged terrorists held in Guantanamo (about 3:23 into the interview) and questions whether CEOs should continue to retain such firms since the 9/11 terrorist attacks represented a direct hit to Corporate America’s bottom line. 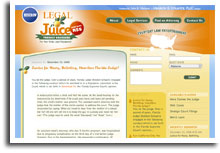 Legal Juice is a new blog by John B. Mesirow of Mesirow & Stravitz, a Washington D.C. personal injury law firm. Unlike the countless other legal blogs out there, this one focuses on the lighter side of the law by highlighting all things humorous about the legal profession, ranging from odd cases and strange court filings to weird laws. The items that Mesirow reports are outrageously funny. I had to stifle my laugh so as to not disturb my co-workers. Great blogs, like Legal Juice, compel me to read all the posts and leave me waiting for the next entry. I’ll be looking forward to the next post.

Americans should have experienced a collective Vanilla Sky moment when they viewed the Saddam execution. In that unfiltered and uncensored video shot live from Iraq, Americans could see for the first time the true state of affairs.

National Strategy for Victory in Iraq

Back in November 2005, the National Security Council released a National Strategy for Victory in Iraq [PDF]. The White House has posted an Executive Summary, which should remain available until the strategy or administration changes. Let’s take an in-depth look at several points.

Medium term. Iraq is in the lead defeating terrorists and providing its own security, with a fully constitutional government in place, and on its way to achieving its economic potential.

Longer term. Iraq is peaceful, united, stable, and secure, well integrated into the international community, and a full partner in the global war on terrorism.

Forget about the medium and longer term goals, since the war against Iraq began on March 20, 2003, we haven’t even hit the short term goals, despite the Mission Accomplished banner. Iraq has made no progress in fighting terrorists. As for the political and democratic goals, the Saddam video pretty much exposed the harsh truth about Iraq. Sure, there may be elected officials in Iraq, but when the time came to execute Hussein, the name being chanted wasn’t Bush, Blair or al-Maliki, but Muqtada.

One would assume that the people entrusted with executing Saddam would be the most trusted members of the Iraqi governing inner circle, and now we know where their loyalties lie. With Muqtada the democrat. Talk about killing two birds with one stone. The execution video managed to delegitimize the Saddam trial and the Iraqi government.

What are we doing in Iraq?

We’re spending $200 million a day and placing our armed forces in harm’s way. Unfortunately, from the looks of the Saddam video, all we’re doing is serving as mercenaries for Muqtada at this point. Forget the talk of al-Maliki being an American puppet. As it turns out, we’re Muqtada’s puppet and we have now just discovered it.

We cannot achieve any victory in Iraq without the help of a local partner. And, as we’ve found out, the current Iraqi government is not it. So, until we find some true democrats in Iraq, we can either cut and run, or continue serving as Muqtada’s mercentaries. Suddenly, cut and run doesn’t look half bad.

Tim Stanley, a Google Enterprise Search Superstar, talks about how Justia leveraged the Google Mini to power Justia’s U.S. Supreme Court Center. Tim offers some interesting insight on the power of the Google Mini, as well as Justia’s business plans. 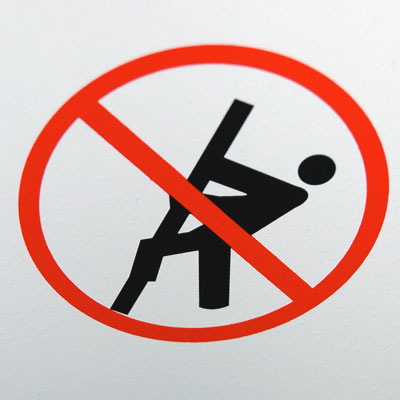 Justia recently launched BlawgSearch, a search engine that scours through lawyer and law-related blogs. I think this will be a great research tool for lawyers.

If you come across a case or law in your daily practice and want to see what other lawyers have said about it, Justia’s BlawgSearch lets you search across hundreds of lawyer blogs for commentary from your peers.

P.S. Kevin O’Keefe of lexBlog hates it when people use the term blawgs to describe law blogs. But, really, blog is a contraction of web log, and blawg is a contraction of law blog. If you want to be a purist, maybe we should call all of these law web logs. Now, that’s a tongue-twister. 🙂